Have you ever wondered why people who carry the casket at a funeral are called “pallbearers”?  Why aren’t they called “casket carriers” instead?

This post will cover everything you need to know about pallbearers: the duties of pallbearers and honorary pallbearers, whom to select, the procedures pallbearers typically follow on the day of the funeral, tips on how best to carry the casket or coffin, and how to thank pallbearers for their service.  (We even throw in a little history behind pallbearing for those that are curious…)

Whether you have been tasked with selecting pallbearers for a loved one’s funeral, or asked to serve as a pallbearer, we have the answers to all your questions.

Today, the term ‘pallbearer’ refers to a person that helps carry the coffin or casket of the deceased.

The beginning of the long history of pallbearers dates all the way back to ancient Rome.  When a Roman died, his cloak or “pallium” was draped over his body or coffin while it was carried from his home to the cemetery on the shoulders of strong men.

By the medieval period, the term “pallium” was shortened to “pall”.  The “pall” was used in Christian ceremonies to cover the coffin during the church ceremony.  The pall was rectangular in shape and highly decorative, often bearing an elaborate coat of arms.

Today, while we no longer have people whose role is to hang onto the hem of the pall during the procession, we still have a tradition of carrying or accompanying the coffin or casket of the deceased.

In Christian traditions, the pall is used to symbolize two things: first, it symbolizes the clothes worn during baptism; and second, it symbolizes that all are equal in the sight of God (since the pall covers all caskets completely).

In the Jewish tradition, the casket is also covered completely by a pall, which is a specially prepared cloth.

In military and State funerals, the national flag is draped over the casket as a pall.  Strict and formal etiquette governs how the flag is placed.

For example, in US military funerals, the canton should be draped over the upper left corner of the casket.   The flag is then removed after the funeral service, immediately before the casket is lowered into the grave.

3.  When Are Pallbearers Appropriate?

Pallbearers are appropriate at funerals.  Since the role of the pallbearers is to carry or escort the casket, pallbearers are not needed at ceremonies where the deceased’s body is not present, for example, at a memorial service or a life celebration.

However, ceremonial carrying roles can still be created for memorial services and life celebrations.  If the cremated remains are present, the family of the deceased could ask a person that was special to the deceased to carry the urn.  The family could also have people carrying a picture of the deceased or flowers following the conclusion of the service.

The family could also have honour guards.  The honour guards could, for example, flank the entrance into the venue where the service is being held.  Today, there are many options for including people that were close to the deceased in the ceremony.

Traditionally, men acted as pallbearers because of the strenuous nature of the task.  Before motor vehicles became commonplace, caskets often had to be carried many miles from the deceased’s home to the church, funeral home, or cemetery.

Another tradition was that pallbearers were not members of the deceased’s immediate family.  The rationale was that close family members needed time to focus on their own grief, rather than being concerned with transporting the deceased’s body.

Today, however, anyone can be a pallbearer.  You can be part of the deceased’s immediate family, and you can be a woman.

5.  How Should You Choose Pallbearers?

While there are no longer social expectations surrounding who can and cannot be a pallbearer, there are still four practical considerations:

6.  How Many Pallbearers Are Needed?

Normally, six people are required to carry a standard-sized adult casket (three on each side). However, depending on circumstances such as weight concerns or awkward stairs at the church, more people may be required to ensure that the casket is transported safely.

Some caskets have an additional handle on the front and back, which makes it easy to have eight pallbearers.

For a child’s casket, less pallbearers are needed.  The number will obviously depend on the size of the casket.

Most funeral directors will confirm the number of pallbearers available the day before the funeral service to ensure a sufficient number.  If a family cannot secure enough pallbearers, the funeral home will normally make provisions for its staff to step in and perform this service. 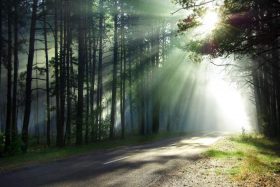 Everything You Need to Know When Planning a Funeral 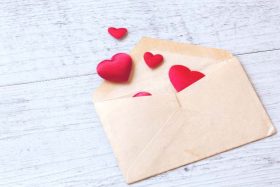 Thank You Notes for Pallbearers: Copy Our Sample Wording 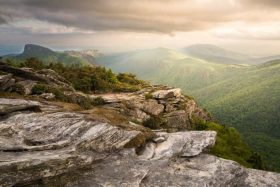 7.  What are Honorary Pallbearers?

Having honorary pallbearers are appropriate in several different situations.

When a person who had a close relationship with the deceased is physically unable to carry the casket, he or she may still participate in the ceremony by accompanying the casket as an honorary pallbearer.  This includes ill or elderly relatives, as well as children and youths.  Children are especially well suited to acting as flower bearers.

A third situation where families should consider having honorary pallbearers is when it is difficult to choose from a large pool of candidates.

Extra people can be designated as honorary pallbearers and participate in the funeral procession.  They can also form a line of honour guards at the conclusion of the funeral service and, or, at the cemetery.

8.  How Are Caskets Carried?

How a casket is carried is dictated by national customs.

The funeral director will be able to direct you on the proper way to lift and carry a casket if you are unsure.

9.  What Procedures Do Pallbearers Typically Follow on the Day of the Funeral?

Each funeral is, of course, unique.  Having said that, there are procedures that pallbearers typically follow on the day of the funeral.

Typically, the pallbearers arrive at the funeral home.  They wait outside while the deceased person’s family says their final farewells.  They will usually have an opportunity to speak with a funeral director who will give them instructions regarding the procedures for the day and where to park their vehicles.

Once the family has left, the pallbearers will enter the funeral home to assist with lifting the casket onto a wheeled device called a “church truck”.  They will then roll the casket out of the building to where the hearse (a vehicle designed for transporting caskets) is parked.

The pallbearers will lift the casket together and place it in the back of the hearse.

If it is a Christian service, clergy will usually meet the pallbearers at the entrance, along with any honorary pallbearers.  The clergy will perform a brief blessing and place the pall (a ceremonial covering) over the casket.

During the funeral service, the pallbearers and honorary pallbearers will either sit together for convenience (usually in the front row, left side), or be seated with their families.

At the end of the funeral service, the casket will travel back down the aisle in the same manner as its entrance.

If it is a Christian service, clergy will usually give a final blessing just before the deceased person leaves the church.  The pallbearers will then carry the casket and place it in the back of the hearse.

Once they reach the graveside, the pallbearers will place the casket onto a device that will be used to lower the casket into the ground.

The last duty of pallbearers and honorary pallbearers may be to line up as an honour guard on the far side of the casket (opposite to where the family is standing or seated).  They may be given a flower at the conclusion of the ceremony and asked to place the flower upon the casket before it is lowered into the ground.

10.  What Advice is Helpful for Pallbearers?

If you have been asked to be a pallbearer, you no doubt realize that it is a great honor.

You should never refuse a request to be a pallbearer unless there is a very good reason to.  As examples, you are physically incapable, struggling with unmanageable emotional distress following the death, or unable to attend due to the travelling distance.

The following tips will help you perform your duties as best as you can:

We know that’s a lot to remember so we’ve summarized these helpful tips into an infographic that you can easily save directly to your Pinterest page or share on social media.

Like our infographic? Use it on your site by copying this code:

11.  How Do We Thank Pallbearers for Their Service?

In our modern era, funeral directors have mechanical devices to physically carry caskets.  Many people would therefore argue that the most important role pallbearers play is ceremonial, that their service is symbolic of bearing the bereaved family’s burden, the burden of the dead.  Pallbearers do this work out of love for the deceased and his or her bereaved family.

It is customary for the family of the deceased to send a thank you note to each pallbearer.  Sending thank you notes after the funeral is a way of expressing gratitude to these special men and women that provided the family with support and comfort during a difficult time.

Do You Have Any Advice from Personal Experience?

If you have been a pallbearer, do you have any advice based on your personal experience?  What do you wish you had known before the funeral service?  We’d love to hear from you in our comments section below.