How Long Does Grief Last?

I used to daydream, in the dark early days, that I could see him in the faces of little boys I saw in stores, or playing in the park.  I’d never paid much attention to little boys, before … but suddenly the veil of my disinterest lifted and they seemed to be legion, be everywhere, all knees and ears and motion swirling on the periphery of my world.  Other people’s boys.  They brought me up short, made me catch my breath with wonder and longing.  Would he have tilted his head like that, held his arms just so?  Would the dark fuzz of his baby hair have grown into cowlicks, like that one’s?  Would he have had a husky laugh?  Would he have come running into my arms pell-mell like the little fellow who nearly knocked me off my feet one day at the mall, racing towards his mother, squealing?  Would he have liked my stories, my tune-challenged guitar-playing?  Would he have had a crooked smile?

Every boy I saw, I wondered, and I ached.  Too late, I had discovered the beauty of boyhood for the first time, and I could not tear my eyes away. 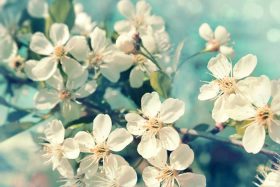 That was a long time ago.  It’s rare now.  Occasionally, if I meet a boy of a certain age, or if I catch my younger son and his cousins with their heads bent over a sandbox or a train table, three boys together, the shadow of a dark-haired fourth looms before me, almost waving.  It’s bittersweet, now, this presence in absence … it is the closest I get to the sense of him being with me.  But that shadow is still – and forever – painfully indistinct, compared to those could-have-beens, those other boys.  They are technicolour…and he?  He is only ashes.

What I believe, I suppose, is that we will all be ash and dust someday.  That he has gone ahead, though quite possibly into nothing.  I do not believe in angels.  I am ambivalent about souls, hopeful but ultimately unsure.  Thus his potential nothingness, his erasure, is the hardest aspect of grief for me to reconcile.  He was my child.

I believe that he mattered, that he was someone, a boy all his own, even if the world never got to unwrap what he carried latent in that small self, that tiny body broken by birth.  I believe this, but I do not know how to believe the rest … the what he is now, the where he might be.  My unbelief wounds me.  I fear that I long for something that is utterly gone.  And I fear that he is not utterly gone but out there alone, somehow, needing his mother.  I fear that I am failing to mother him, and I fear that I am trying to mother something that is only a memory, not even a spectre.

And yet I knew him, though I will never lay eyes on the boy he might have become.  I knew him, knew the kick of his feet inside, the wild, soaring leap of him when I placed headphones on my belly.  I knew, when he was born, the shape of his brow as my own, his small feet as the twins of his father’s.  And I knew from the fierce grip of his tiny hand on my finger, reflex though it well may have been, that he knew me, smelled me, sensed my presence.  If he is only shadow now, he was not, not then.

All those other boys out there who wove in and out of my peripheral vision for so long, taunting me with what might have been, what I had lost … they have faded with time, become the shadows, blurred.  They were never mine, only other people’s boys.  Whereas that little body that housed my son and the boy he might have been, ashes though it is, is burned on me brighter and deeper than all their myriad of laughing faces.

Wherever he may be, I hope he knows.

Kindly provided by Bonnie Stewart, mother and online education expert.  For more information about coping with the loss of a baby, please visit Glow In The Woods.

You can also follow our Pinterest board for more resources on coping with child loss, miscarriage & pregnancy loss.