f
Home / Autopsy Report: What You Must Know!

Autopsy Report: What You Must Know!

In case you aren’t an avid fan of CSI or some other crime show, and don’t fully understand what an autopsy is, do not fear, we will explain everything you need to know.

In short, an autopsy is a thorough medical examination of the body of a dead person.  It is also known as a “post-mortem examination” or “necropsy”.

A pathologist usually performs the autopsy. A pathologist is a medical doctor that has received specialty training in the diagnosis of diseases by the examination of body fluids and tissues. The word autopsy literally means, “to see with one’s own eyes” in ancient Greek.

Autopsies may be performed for medical purposes. A clinical autopsy may determine exactly how and why the person died, evaluate any diseases or injuries he or she might have had, or determine whether a particular medical or surgical treatment was effective.

In academic institutions, autopsies sometimes are also requested for teaching and research purposes.

Autopsies may also be performed for legal reasons. For example, a forensic autopsy is carried out when the cause of death may be a criminal matter.

What are the Different Types of Autopsies?

An examination of the entire external body, along with an internal examination of all the major organs of the body, including the heart, lungs, liver and brain.

An examination of the entire external body, along with an internal examination that is limited to certain parts of the body that are of interest. As examples: only the head and brain; only the neck and chest; or only the abdominal region including the groin area and reproduction organs.

A “partial” autopsy can also be a combination of any two of the body areas noted here.

There may be circumstances where another autopsy needs to be done in order to provide a second opinion. The same pathologist that performed the “first” autopsy does not do the “second” autopsy or write the second autopsy report.

There are, however, some major limitations faced when performing a “second” autopsy. These include the passage of time, contamination of the body because of the first procedure, missing tissue and organs, and lack of blood and body fluids.

An autopsy performed by a pathologist while being observed by a colleague or student. This is sometimes done to ensure that something significant is not missed or for teaching purposes.

On rare occasions, a body that has already been buried in a grave may need to be dug up for examination.

Who Can Request an Autopsy Report?

There may be other circumstances that warrant an order by a coroner or medical examiner that an autopsy be performed.

Once notified of a death, the coroner or medical examiner must first determine if the death meets the criteria for a “reportable” death. If it does, the coroner or medical examiner will undertake an investigation, which may involve seizing property, conducting a visual examination of the deceased, or ordering an autopsy be done and a report written.

The coroner or medical examiner may also order that a buried body be dug up in order to carry out an autopsy, or recommend to the government that a public inquiry be held to determine the facts regarding a death.

A hospital or a research institution may wish for an autopsy to be performed on a patient, however, consent must first be obtained from the next of kin.

Doctors may seek a family’s consent to perform an autopsy for a number of reasons. The procedure can confirm the accuracy of the clinical diagnose and the appropriateness of the medical care that was given. This is especially useful if a new drug, device, or surgical technique was used on the patient.

The autopsy report can be used to educate doctors, nurses, residents and students. This contributes to an improved quality of care at the hospital and helps future patients.

Hospitals and research institutions are also interested in using autopsy reports to further medical research, particularly for rare diseases or diseases for which there is a lot of research interest. Furthermore, new diseases continue to emerge that can only be fully investigated by autopsy.

The next of kin may request an autopsy report. Findings from an autopsy may benefit the family in a variety of ways.

Psychologically, the autopsy report provides closure by identifying or confirming the cause of death. Families often have questions like: “How far did the cancer spread?” or “Did the cancer cause her death or did her heart give out?” An autopsy may put to rest any lingering uncertainties. 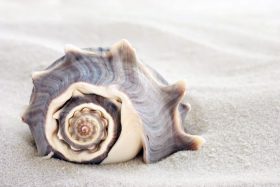 RELATED: Learn How to Get a Death Certificate After a Loved One’s Death & What You Will Need

An autopsy report can also help ensure that any life insurance benefits are promptly paid, as uncertainty regarding the cause of death can delay payment.

The autopsy report can demonstrate to the family that the care provided was appropriate, thereby alleviating any worry or guilt that may be harboured by family members.

An autopsy may uncover genetic disease that could affect other family members. For example, a strong risk factor for Alzheimer’s is family history. Those who have a parent, sibling or child with Alzheimer’s are more likely to develop the disease.

In addition to identifying genetic diseases, autopsies may also expose environmental causes of death that could affect other family members. For example, a family would greatly benefit from knowing that toxic mold caused or contributed to their loved one’s death.

If the family suspects that their loved one died from a disease or injury related to their employment, they will need to have an autopsy performed in order to pursue a Worker’s Compensation case.

For example, an examination of the lungs is needed in order to obtain proof of black lung disease that develops from inhaling coal dust.

As another example, a lung autopsy is need to obtain proof of mesothelioma, asbestosis, or lung cancer, which can all develop as a result of inhaling asbestos, a fibrous mineral that is mined and used in construction and other industries.

Lastly, the autopsy is a mechanism that enables the family to participate in medical education and research. Helping others suffering from the same condition may provide the family with some comfort.

What is Included in the Autopsy Report?

After each autopsy, the pathologist writes an official report.

The autopsy report describes the autopsy procedure, the microscopic findings, and the medical diagnoses. The report emphasizes the relationship or correlation between clinical findings (the doctor’s examination, laboratory tests, radiology findings, etc.) and pathologic findings (those made from the autopsy). The conclusion of the report provides a summary of the case.

The report takes a number of weeks to complete and may be delayed if toxicology testing (i.e. for drugs and poisons) is requested.  A copy of the autopsy report is provided to the family and other interested parties.

Who Pays for the Autopsy?

Your family does not pay for the autopsy when the coroner or medical examiner has ordered it because the death is “reportable”.  In this instance, law requires that an autopsy be performed. 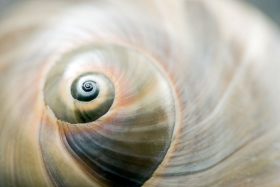 RELATED: Learn About the Different Costs Associated With Funerals & Use Our Free Funeral Costs Checklist

For non-reportable deaths, you should check with the hospital, nursing home, or doctor to see if there will be a charge.  Your family may or may not have to pay for an autopsy.

In the event that you requested an autopsy, and your request was denied, you (or your family) can chose to pay for one to be done privately.

For example, when 36-year old Rhonda Bergen died suddenly in hospital from blood clots, British Columbia Coroners Service refused to investigate, saying she had died from natural causes. The family was concerned that there is a potential link between her sudden death and the birth control pill Yasmin that she had started taking six weeks earlier.

The family paid $1,200 for a private autopsy in order to find out what really caused Rhonda’s death.  The autopsy report concluded that she had died from blood clots in her lungs and that the birth control pill and morbid obesity were risk factors for such clots.

If you are considering paying out-of-pocket for an autopsy to be done, you should ask for a breakdown of the cost beforehand.

The procedure can cost anywhere from $1,000 to $3,000 (depending on the complexity of the case). There is also a morgue fee (around $350). There may be additional fees if extra tests are required (e.g. toxicology screening). These prices are a guide only, and may be higher in your area, therefore, check first before ordering an autopsy.

What Happens After the Autopsy?

After the autopsy is complete and the report has been finalized, the body is transported to the funeral home. If the pathologist did not sew up the surgical incisions, the funeral director will do the sewing.

An autopsy does not usually delay a funeral, as it is usually performed shortly after the death occurred.

It also does not interfere with the family’s plans to have an open casket funeral. Incisions made at the back of the head are usually covered by the deceased’s hair and pillow, and incisions made in the chest and abdomen are covered by clothing.

You can find more information on post-death paperwork by following our Pinterest board.

Click here to assign a widget to this area.